A High-Paying Faucet Bitcoin Cash
For People Like You

What Is Bitcoin Cash? 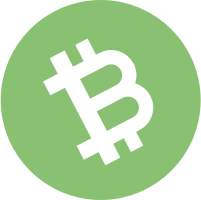 Bitcoin Cash (BCH) is a cryptocurrency that shares many of the same characteristics as Bitcoin (BTC) yet also integrates a number of changes and features that set it apart. It is considered a 'fork' of Bitcoin, although proponents argue that Bitcoin Cash more closely adheres to the original vision of creating a peer-to-peer electronic cash system as laid out in a 2008 white paper written by the founder of the protocol, a person or group going by the pseudonym Satoshi Nakamoto.

Bitcoin Cash is a decentralized peer-to-peer electronic cash system that does not rely on any central authority like a government or financial institution. As such, it represents a fundamental redesign of the very nature of money.

The total supply of Bitcoin Cash will never exceed 21 million coins. This is written into the code that defines the Bitcoin Cash protocol. As a decentralized network, Bitcoin Cash users ultimately decide how the protocol evolves - and since it is not in the interests of participants to dilute their holdings by changing the protocol, the 21-million-coin limit will almost certainly remain in place forever.